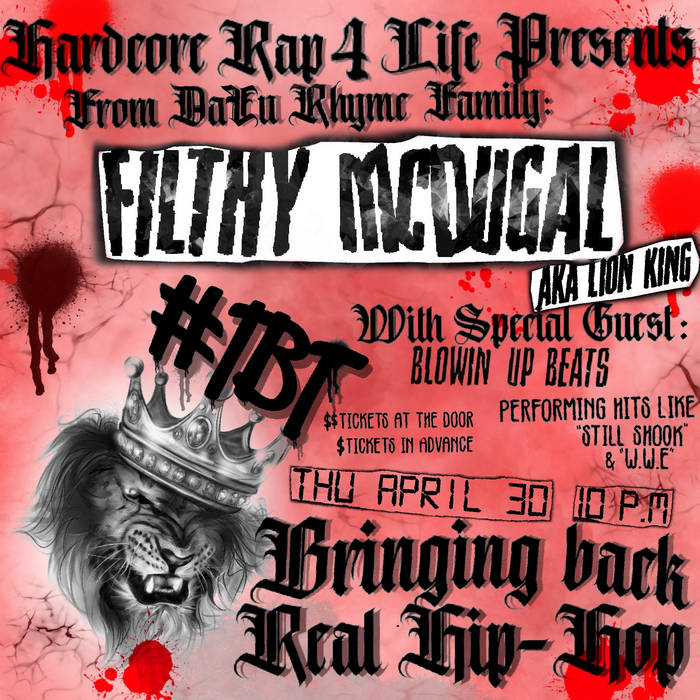 A Brooklyn-born and Jersey-bred MC, Filthy McDugal fell in love with rap music in the late 80's the first time he heard Boogie Down Productions. He started writing lyrics in the early 90's at the age of 16 and delved himself into the raw New York hip-hop culture. Along with some close family and friends, he formed a group called "DaFu Rhyme Family" that honed and developed their craft for years to follow. McDugal's intellectual wordplay; along with his gritty voice, smooth flow and delivery, make him a very unique artist always connecting directly with his audience on multiple levels. His passion can be felt in every bar. Filthy eventually took some time away from his artistry to focus more on his family. But, music is in his blood. At over 40 years old, McDugal decided that enough time had passed and he went back into the studio to release his first independent album entitled "Keep It Filthy." It was then that he caught the ear of the record label "Hardcore Rap 4 Life" and made his official resurgence. Filthy McDugal's poetic pen combined with Blowin Up Beats profound production yields a undoubtedly classic album. #TBT takes us back to the days of bars over bullsh**. Where real hip-hop mattered. Be yourself..... Keep It Filthy

Bandcamp Daily  your guide to the world of Bandcamp